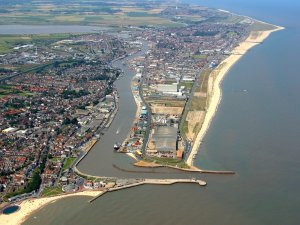 This work will highlight to government and local authorities where post-coronavirus investment in infrastructure can be concentrated in order to maximise economic growth and speed up the recovery.

The British Ports Association (BPA) is today launching a major new review of UK port connectivity. This work will highlight to government and local authorities where post-coronavirus investment in infrastructure can be concentrated in order to maximise economic growth and speed up the recovery.

As explained, the review will look at infrastructure outside of ports such as road and rail links but also broadening out to assess energy and digital capabilities.

According to BPA, COVID-19 has demonstrated the resilience of the UK supply chain – as ports worked efficiently through the pandemic and kept the nation supplied, despite the economic downturn taking a toll on the sector, as it did with many others. However, now more than ever, it is critical to consider where government investment can be targeted to unlock growth and provide a boost to the economy.

UK ports are commercially managed, operating strategically and financially independent of the government. With very few exceptions, UK port infrastructure investments are privately financed; investments are market-led and £1.7bn is currently in the pipeline around the UK. Ports ask for very little from the government but do rely on public investment in external infrastructure to stay competitive, BPA said.

“At a time when the government needs to stimulate significant growth to rebuild from the economic crisis, the decision to invest in infrastructure is straight forward. Infrastructure investment of 1% of GDP has a multiplier effect which can lead to an increase of 2.6% in GDP over four years,” Phoebe Warneford-Thomson, Policy and Economic Analyst at the British Ports Association, who is leading the review, explained.

“Studies have shown that if the UK fails to bring infrastructure up to the standard of other developed economies, this could create an annual loss to the economy of £90 billion by 2026; so, in reality, the UK cannot afford not to invest in infrastructure.”

“The BPA has previously welcomed the government’s ‘levelling-up’ agenda, but now we ask that they consider how to bring ports into this, especially given their economic significance in coastal communities.”

“We are inviting ports to send us an inventory of required public infrastructure improvements and upgrades, so we can highlight to the government where investment should be focused. These upgrades can relate to transport and digital connectivity, as well as other infrastructure requirements, such as increasing energy capacity in local networks, which will be key to facilitating Britain’s transition to net-zero by 2050,” Warneford-Thomson added.

As the country moves towards net zero, electrification of infrastructure is becoming essential and separately as ports embrace the smart and invocation agendas they will need to be better better connected digitally.

The British Ports Association represents the interests of over 100 port members, covering more than 400 ports, terminal operators and port facilities.

In a separate statement, BPA announced that Stuart Cresswell, Port Manager at ABP’s Ayr and Troon, has been elected as chairman of the Scottish Ports Group, the industry forum for ports and harbours in Scotland.

“The Scottish ports sector is fundamental to keeping Scotland supplied, facilitating 95% of international trade and handling 67 million tonnes of freight every year… Scottish ports will no doubt play a crucial role in Scotland’s recovery from the economic shock of the Coronavirus pandemic and I look forward to leading the Scottish Ports Group and championing the sector for the next two years,” Stuart Cresswell, chairman of the Scottish Ports Group, commented.

Cresswell has outlined the sector’s priorities as being;

The Scottish Ports Group represents the views of this important and dynamic sector, which is a major contributor to the success of the Scottish economy. Coordinated by BPA, it holds regular meetings with the government and other key decision-makers. The Group represents all the major ports in Scotland, as well as numerous smaller harbours.

This news is a total 1169 time has been read
Tags: bpa , connectivity , port , Scottish Ports