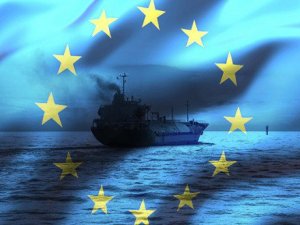 British Ports Association (BPA) has called for a frictionless trade agreement between the UK and EU following Brexit.

According to BPA’s Chief Executive Richard Ballantyne, probably the number one Brexit related concern from the ports sector is facilitation, with potential major challenges on Ro-Ro and ferry routes.

“Currently freight on Ro-Ro routes, which exclusively serves EU routes, and therefore other than immigration checks there are no systematic frontier controls and requirements for customs declarations. Ports are by their nature bottlenecks so any delays to freight flows at the border can lead to major disruptions and operational challenges,” Ballantyne said while speaking at the Freight Transport Association’s post-Brexit “Keep Britain Trading” conference in London.

In December 2016, BPA called for introduction of ‘port zoning’ in and around UK harbour areas to support jobs and trade post-Brexit.

BPA Chairman Rodney Lunn wrote to the Transport and Environment Ministers outlining the new concept that would see both marine and land areas within ports being classified as special areas for growth, thus enabling the port sector to remain competitive post-Brexit.

One of the major concerns of the British business community is free market access which might be compromised following Brexit. As a result, there is mounting pressure on the UK Government to negotiate a deal with the EU that would not result in new border controls and hampering of trade.

British Prime Minister Theresa May is free to trigger Article 50 and begin the process of leaving the European Union, now that the British Parliament has passed a bill allowing the move to take place.

The exact start date of the talks with the EU is yet to be disclosed, however, it is expected that the talks will begin by the end of this month.

This news is a total 791 time has been read
Tags: BPA: UK Needs Frictionless Trade Deal with EU after Brexit