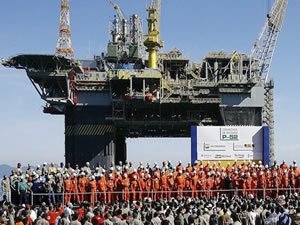 A spat between Brazil’s president Jair Bolsonaro and Petrobras CEO Roberto Castello Branco has resulted in the government moving to appoint a new CEO to lead the state-run oil giant.

The pair have been clashing over oil price hikes over the past few weeks, culminating in the Brazilian president posting a notice on his Facebook page that the country’s Ministry of Mines and Energy will be appointing Joaquim Silva e Luna to replace Castello Branco.

In a subsequent statement on its website, Petrobras said: “Petrobras informs that it received a letter from the Ministry of Mines and Energy, requesting measures to convene an Extraordinary General Meeting in order to promote the election and replacement of a Board of Directors member, and to appoint Joaquim Silva e Luna to replace Roberto da Cunha Castello Branco.

“The letter also requests Joaquim Silva e Luna to be subsequently evaluated by Petrobras Board of Directors for the position of CEO.”

Silva e Luna is a retired army general with no oil and gas experience.

Castello Branco was appointed CEO of Petrobras in 2019, when Bolsonaro came to power, and had a mandate through to March 20, 2021. He has pursued a strategy of selling non-core assets to reduce the company’s debt, which has been popular with investors.

This news is a total 5252 time has been read
Tags: Castello Branco , Petrobras , Brazil , Petrobras