Brent Oil Rises to Over $81 for Week Beginning 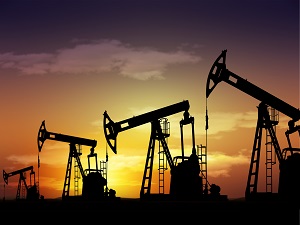 Brent oil traded at $80.44 per barrel on Friday while WTI saw prices of $72.50. Last week, the number of oil drilling rigs in the U.S saw a weekly increase of eight to 869, according to oilfield services company Baker Hughes data on Friday.

However, despite the possibility of ramped up production in the U.S., the sanctions on Iran and increasing tension between Saudi Arabia and the U.S. is impacting the upward price trend in the oil market. On Saturday, U.S. President Donald Trump threatened Riyadh with “severe punishment” if it is found that veteran journalist Jamal Khashoggi has been murdered.

Saudi Arabia on Sunday vowed to hit back against threats or sanctions imposed over the disappearance of Khashoggi. Khashoggi went missing after entering the Saudi Consulate in Istanbul on Oct. 2.

On the same day that he entered the consulate, 15 other Saudis, including several officials, arrived in Istanbul on two planes and visited the building while the journalist was also inside, police sources said. All of the identified individuals have since left Turkey.

Saudi authorities have yet to give a clear explanation of Khashoggi’s fate, while several countries -- particularly Turkey, the U.S., and the U.K -- are pressing for the case to be cleared up as soon as possible. Investors consider that following the latest developments and Trump's warnings, the leadership of Crown Prince Mohammed bin Salman could be undermined, which in turn could lead to the oil-rich country destabilizing.

Furthermore, official figures from South Korea show the country did not import any oil from Iran in September for the first time since 2012.

This news is a total 1138 time has been read
Tags: brand oil, oil and gas, turkey, us, saudi arabia, donald trump, riyadh, uk