Brexit Could Have Severe Impact on Gibraltar’s Bunkering 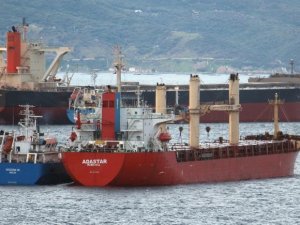 Gibraltar’s bunkering and other port activity could be “severely affected” by any additional border restrictions resulting from Brexit, according to Commodore Bob Sanguinetti, CEO and Captain of the Gibraltar Port Authority.

The British overseas territory is one of the Mediterranean’s major bunker ports, underpinned by its status within the EU but outside the EU’s VAT jurisdiction, which allows it to offer low-cost, VAT-free fuel.

However, the looming uncertainty over Brexit and its ramifications have left Gibraltar fearing its attractiveness for visiting vessels might be jeopardized and bad for business.

Sanguinetti noted that 30% of Gibraltar’s bunker fuel was currently stored in Algeciras in Spain, adding that potential restrictions on movement of parts, provisions, and labour could “place its valuable refuelling business at risk.” He also highlighted that the port would need to be entirely reconfigured if increased border restrictions obliged Gibraltar to import more goods by sea.

On 23 June 2016, 95.9% of votes cast in Gibraltar were for the UK to stay in the EU, by far the strongest vote for ‘remain’ of any area eligible to participate in the referendum. Yet the territory is now set to leave the EU along with the UK, and faces significant challenges as a result.

This in particular relates to the access to the EU Single Market, and to the pool of over 10,000 workers who cross daily into Gibraltar over the border with Spain which are now feared to be comprised, thus eventually harming Gibraltar’s economy. What is more, there could also be a corresponding impact on the economy of the neighbouring region of Spain.

However, it is still uncertain how far these consequences will be realised following Brexit, as much will depend on the outcome of the UK’s negotiations with the EU and on Spain’s reaction during and after withdrawal.

“We urge the UK, Gibraltar and Spain, together with the EU institutions and other Member States, to work together, positively and pragmatically, to secure an agreement that reflects all their economic interests,” the European Union Committee of the UK’s House of Lords said in a report on Wednesday covering the implications of the Brexit vote on Gibraltar.

This news is a total 763 time has been read
Tags: Brexit Could Have Severe Impact on Gibraltar’s Bunkering