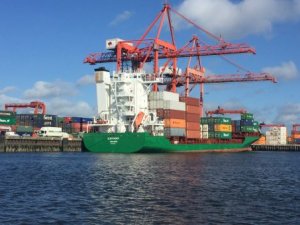 Ireland's largest port is bracing itself for severe logistical headaches in the wake of its neighbour, the UK, leaving the European Union.

With less than 18 months until Brexit, and negotiations between the UK government and Brussels stalling, Irish transport authorities are preparing for the worst case scenario, namely the UK leaving without any deal being thrashed out with its European counterparts. Ireland's largest trading partner by some distance is the UK.

The British Irish Chamber of Commerce has warned Dublin Port could face 9 km of truck tailbacks and that the port might need 3 ha of extra space to cope with a full customs regime being reintroduced as a result of Brexit. Every year around 400,000 trucks head from Dublin to the Welsh port of Holyhead. The chamber is set to release a paper today looking at Irısh transport infrastructure.

This news is a total 505 time has been read
Tags: Brexit could see 9 km tailbacks at Dublin port