Brexit: No Deal Means No Trade for the UK, Economists Say 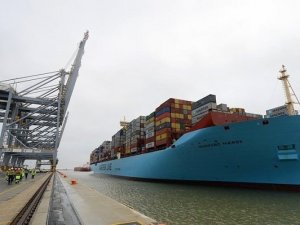 Economists have warned that trade is likely to come to a halt if the UK fails to negotiate a deal in leaving the European Union.

Contrary to claims from Theresa May on her campaign trail that “no deal is better than a bad deal”, the chief economist and director of policy at ADS Group, Jeegar Kakkad, said no deal would be the “worst” option.

“A bad deal is one with regulatory and economic divergence,” he said. “It may require more forms be filled out, more bureaucracy, but we will still be able to trade – no deal means no trade.”

Senior economist at Dun & Bradstreet Markus Kuger said his firm was working on the premise that negotiations would throw up three scenarios.

Scenario A, deemed both the most likely and best, would result in an amicable divorce, “parting as friends”, with firm agreements, including on free trade.

Scenario B, somewhat likely and considered the worst case, would be characterised by a breakdown in talks, leading to no deal and a return to World Trade Organisation (WTO) rules.

Scenario C, considered highly unlikely and best described as the “bad deal”. Here, there would be Brexit with transition but no free-trade agreements (FTA).

This, said Mr Kuger, was likely if disagreements arose over Irish borders, Gibraltar, or if a far-right party in power somewhere in the EU decided to object to a deal for political gain.

While no FTAs would have been agreed, the transitional window in Scenario C would provide more time for negotiations.

“Theresa May claims Scenario B trumps Scenario C, as the country could go straight to WTO rules and trade with the same level of success the US has had using WTO rules with Germany,” said Mr Kuger.

“The problem with this line of thinking is that the US has so many deals with Germany that, while it may be using WTO framework, it has supplemented this with a multitude of modifications.

“The UK would not have these modifications in place – and would need to negotiate them. So, for instance, Welsh farmers would face a 40% tariff trading with Europe; deal with that.”

Furthermore, Mr Kakkad said, leaving with no deal in place would also pull the UK from numerous international agencies that facilitate trade not only within Europe but at a wider level.

“Take for instance, the European Aviation Safety Agency (EASA): if we leave with no deal we will have renegotiate entrance to this regulatory body for aircraft compliance.”

Not only does EASA allow UK manufacturers to sell aircraft parts to the EU, EASA also has a bilateral agreement with the US, which allows EASA-compliant parts to be sold there.

“If we are not part of EASA, not only can we not sell to Europe, we cannot sell to the US,” he added. “Being part of EASA is vital for UK aerospace, and that requires reaching a deal with the EU.”

The value of UK aerospace to the country cannot be overlooked, he said. It is the second largest in the world, with a 17% share, and last year reported sales of £31.1bn – up £2bn on the previous year.

Mr Kuger and Mr Kukkad were both speaking at a seminar on ‘Navigating Global Trade in Turbulent Times’ organised by SEKO Logistics, to discuss the challenges and opportunities presented by changing times for the British aerospace, aviation, defence and security industries with the impact of Brexit and the new U.S. Administration.

This news is a total 614 time has been read
Tags: Brexit: No Deal Means No Trade for the UK, Economists Say