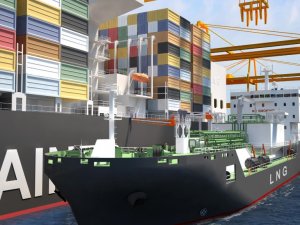 The British Columbia government is joining the Vancouver Fraser Port Authority and FortisBC in establishing the first ship-to-ship LNG marine bunkering service on the west coast of North America.

The parties opted for the move in order to address the increased need for LNG in the maritime sector.

“We are confident in B.C.’s ability to join the global network of ports that deliver clean-burning LNG direct to the ships of the future,” said Premier John Horgan.

“It is expected that LNG-powered ships — specifically container, car carrier and cruise vessels — could begin calling in Vancouver as early as 2020, and global demand is expected to exceed nine million tonnes (23 million cubic metres) of LNG annually by 2025. B.C. should be ready to get some of that business,” Bruce Ralston, Minister of Jobs, Trade and Technology, said.

This news is a total 727 time has been read
Tags: British Columbia, LNG, LNG Bunkering.