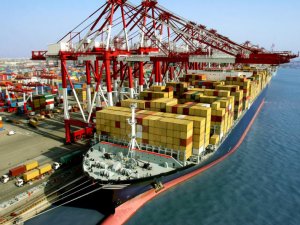 British ship insurer Britannia plans to set up a subsidiary in Luxembourg as a result of Britain’s decision to leave the European Union, it said on Friday, to ensure it can continue to trade in Europe.

Europe accounts for over 40 percent of Britannia’s global business, according to company data.

Insurers are making contingency plans because when Britain leaves the EU on March 29, 2019, they could lose “passporting” rights that allow UK financial services firms to trade in Europe without the need for locally regulated entities.

So far Dublin, Luxembourg and Brussels have been most successful in wooing insurers setting up EU hubs.

Britannia is one of 13 major global P&I (Protection and Indemnity) clubs. The six which are regulated in Britain are estimated to account for over half the revenue of an industry that insures about 90 percent of the world’s ocean-going tonnage.

“With the advice of third-party consultants and having engaged with various EU regulators, Britannia’s board has now instructed the managers, Tindall Riley (Britannia) Ltd, to focus on Luxembourg as the preferred option,” the company said in a statement.

It gave no details of how many of its staff would be involved.

Britannia said it expected to make a formal application to establish the new Luxembourg domiciled subsidiary in early 2018 to enable it to be operational by the end of 2018.

P&I clubs North and Standard said in late November they would set up EU subsidiaries in Dublin, while UK P&I Club was next to announce it was opting for a hub in the Netherlands.

The other two UK-regulated P&I clubs, London and Steamship, have not yet announced their plans.

Britain dominates the global marine insurance market and losing access to specialist P&I clubs such as Britannia, Standard, North and UK could weaken other parts of the country’s multi-billion pound shipping services sector.

Many of these clubs – owned by shipping companies – have been an integral part of the City of London for nearly two centuries, insuring ocean going ships against pollution and injury claims, typically the biggest costs when a vessel sinks.

Hull and machinery cover, which protects vessels against physical damage, is provided separately by other marine insurers.

This news is a total 545 time has been read
Tags: British P&I Club Britannia Planning Luxembourg Subsidiary Due to Brexit