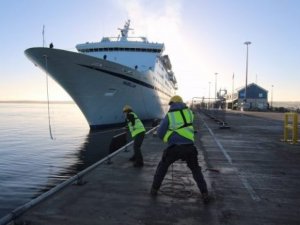 The BPA has consistently said that a no-deal scenario will cause disruption at some ports and that the best Brexit scenario is a comprehensive deal that supports frictionless trade.

It is critical that in any scenario, the Government prioritises the flow of port traffic so that it remains fluid and does not introduce any additional checks at the frontier. If necessary, any new checks at Ro-Ro ports should be facilitated inland.

The scenarios set out in the Operation Yellowhammer document are not surprising for British ports who have been working on a range of scenarios with Government for three years. The industry is as ready as it can be for a ‘no deal’ although it is clear that this is about mitigating disruption at certain ports, not avoiding it.

Ports are of course though only one part, albeit an important component, of the logistics chain. We rely on others – freight forwarders, hauliers, agents, Government agencies – to also be ready for what is an unprecedented level of change potentially coming in with little or no notice. It is clear from the document that this remains a significant concern across the logistics chain.

There remain questions for operators using both accompanied and unaccompanied Roll-on Roll-off routes but the Government has designed a number of mitigating measures which will help importers temporarily, in the short term. Operators will need time to plan for any longer term solution so some kind of transitional period will be need for any type of Brexit that deviates from present arrangements.

We remain firmly of the view that a deal that supports frictionless, free-flowing frontiers is the best outcome and as far as we are aware this is still the Government’s aim. We still hope that the UK and EU can come to a sensible arrangement and bring this to a close as quickly as possible.