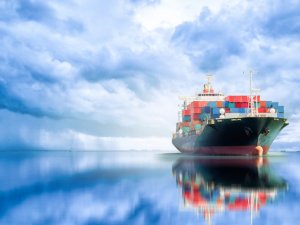 “We are about to apply for a licence to establish a subsidiary company in the Netherlands,” Steamship Mutual’s executive chairman Gary Rynsard told Reuters in an email, adding it would opt for the port city of Rotterdam.

Steamship Mutual, which employs around 150 people in the UK, is one of 13 major global P&I clubs and Europe represents more than 30 percent of the insurer’s global business.

Rynsard said it needed “to act now” to ensure it could continue to underwrite business in the bloc at the annual renewal date of February 20, 2019.

This would be just ahead of the March 29, 2019 date when Britain is due to leave the EU and Rynsard said the insurer expected to have five staff in the Netherlands by the end of 2018.

“We cannot rely on transitional plans and will take action assuming a worst case scenario,” he said.

Insurers are making contingency plans after Britain’s vote to leave the EU means they risk losing “passporting” rights that allow UK financial services firms to trade in Europe without the need for locally regulated entities.

The six P&I clubs regulated in Britain are estimated to account for over half the revenue of an industry that insures about 90 percent of the world’s ocean-going tonnage.

P&I clubs North and Standard said in late November they would set up EU subsidiaries in Dublin, while UK P&I Club was next to announce it was opting for the Netherlands and was followed by Britannia, which would create a hub in Luxembourg.

The other UK-regulated P&I club, London, has not yet announced its plans.

Many of these clubs – owned by shipping companies – have been an integral part of the City of London for nearly two centuries, insuring ocean going ships against pollution and injury claims, typically the biggest costs when a vessel sinks.

Hull and machinery cover, which protects vessels against physical damage, is provided separately by other marine insurers.

This news is a total 511 time has been read
Tags: British Ship Insurer Steamship to Set Up Dutch Subsidiary as Brexit Hedge