Brussels is about to finish a draft 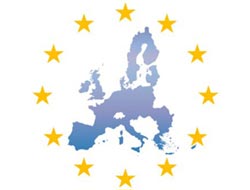 Shipowners hope will be extended to a new regulation covering consortia agreements between container lines.

Shipowners hope will be extended to a new regulation covering consortia agreements between container lines.

European Commission competition regulators have shown a clear understanding of market realities during the economic downturn, which shipowners hope will be extended to a new regulation covering consortia agreements between container lines.

But lawyers are warning that Brussels is unlikely to relax antitrust rules because of the credit crunch.

Brussels is now putting the finishing touches to a draft regulation on liner shipping consortia after considerable lobbying from the industry.

Earlier this week, an enabling regulation was published that empowers the commission to make amendments to existing legislation which has to be updated following a change in European law last year when conferences were abolished.

Proposals setting out some further changes to the block exemption for consortia alarmed the industry because of calls from Brussels to aggregate the market share of all interlinking arrangements between lines. That would have put many way above the market share threshold below which consortia have automatic antitrust immunity.

The European Liner Affairs Association is pressing for that clause to be deleted from the draft, but others think a compromise is more likely.

Reed Smith partner Marjorie Holmes said today that the commission"s current proposal was unworkable, given the huge number of co-operative agreements between ocean carriers as the entire industry tries to cut costs and trim supply to match rapidly falling demand.

Speaking at a workshop on EU competition law in shipping organised by Lloyd"s Maritime Academy, Ms Holmes said she hoped Brussels would agree to distinguish between short-term or temporary slot agreements, and more integrated alliances, for the purpose of market share calculations.

The commission already has a solution that could be applied, since a working paper published in 1999 recognised that slot charter agreements could be assessed in terms of effect on competition rather than market share thresholds.

Brussels, often criticised in the past for lacking commercial acumen, has already displayed a ?very welcome? understanding of the need to adjust supply in a market downturn.

Virtually every agreement between lines now allows for capacity to be adjusted in line with demand, and the commission has taken the initiative to delete the word ?temporary? from rules on consortia capacity management actions.

But shipowners should not expect Brussels to be more lenient because of the impact of the banking crisis, said Holman Fenwick Willan partner Philip Wareham.

Addressing the same seminar, Mr Wareham said only situations as exceptional as the September 11 attacks were likely to persuade regulators to suspend cartel rules, and then probably after political intervention.

Even in these hardpressed times, ?the basic (competition) rules are unaffected?, he said.

This news is a total 3592 time has been read