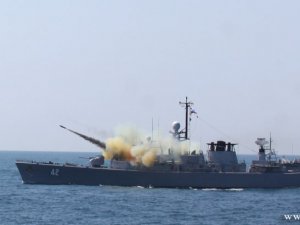 The NATO Communications and Information (NCI) Agency has begun work on a project to upgrade several of Bulgaria's air defence radars, aircraft and naval vessels to the new NATO Combat Identification System, the NCI communication team said on March 17.

Equipment using the current standard, Mode 4, must be upgraded to Mode 5. In time, Mode 5 will be used for all NATO operations.

Bulgaria’s Ministry of Defence (MoD) and the NCI Agency signed in November 2019 a technical arrangement and a statement of work. The Agency held a kick-off meeting in January 2020 in Sofia, Bulgaria, to begin the project.

The Agency, who is the acquisition agent for Bulgaria, will acquire the Mode 5 upgrade for various platforms: 16 air defence radars, six Navy vessels, six helicopters and two transport aircraft.

The project is funded by the Bulgarian MoD, and currently has a value of 10.3 million EUR for phase 1, which is focused on priority upgrades. With the addition of a second phase to upgrade additional platforms, the value of the project will increase further. The next milestone is the end of the feasibility study in which the details of phase 2 will be defined.

The air defence radars will be upgraded first, and are expected to be completed at the end of 2020.

This news is a total 794 time has been read
Tags: Bulgaria, Bulgarian Navy, NATO