'Bulk for now, boxes for longer' 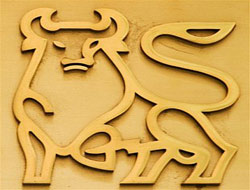 Merrill Lynch has issued a shipping stock forecast for Asia Pacific which is positive on the near term prospects for the dry bulk sector during first half 2008, less so thereafter.

'Bulk for now, boxes for longer'

Merrill Lynch has issued a shipping stock forecast for Asia Pacific which is positive on the near term prospects for the dry bulk sector during first half 2008, less so thereafter.

The bank also predicts a cyclical recovery in container rates 'for the next two years even with a weak US economy as supply growth eases.'

Dry bulk industry conditions are expected to remain firm in the months ahead due to re-stocking demand for coal and iron ore in China and the upcoming South American grain season.

Further ahead, due to mounting supply side pressures especially from Chinese yards, Merrill Lynch has trimmed its 2008 Baltic Dry Index (BDI) forecast by 4% (to 6689) and 2009 by 2% (to 6509). But the 2010 BDI forecast has been slashed by 24% to 4334 points. However, higher locked-in rates for the dry bulk sector lead it to raise its earnings per share estimates for 2007-09 by 4% for bulk despite trimming BDI forecasts.

On liner the bank's position is that 'Europe and Asia will decouple from a potential US recession' and it predicts 'the recovery in container rates and margins will persist.'

It recommends Evergreen Marine, Wan Hai and Yang Ming stocks but says it would avoid Hanjin and HMM due to their high US exposure.'

EPS estimates for 2007-9 for the sector overall are lifted 7% due to freight rate increases and slower capacity growth.

This news is a total 712 time has been read