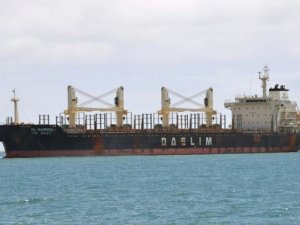 The bulk carrier DL Marigold has been allowed to return to New Zealand’s port of Tauranga after it was cleaned by divers at sea outside the country’s waters.

The 33,752 dwt bulker returned to Tauranga in the evening hours of March 28 to finish unloading a shipment of palm kernel.

“We checked photos taken after the cleaning operation. These were provided to MPI prior to the vessel’s arrival. We are now satisfied the ship is very clean and meets New Zealand’s biosecurity requirements,” Sharon Tohovaka, MPI’s Border Clearance Services Capability Manager, said.

On March 6 New Zealand’s Ministry for Primary Industries (MPI) ordered the ‘dirty’ ship to leave the country’s waters following an inspection which unveiled dense fouling of barnacles and tube worms on the vessel’s hull and other underwater surfaces.

The Panama-flagged DL Marigold arrived in Tauranga from Indonesia on March 4. Although it was due to stay in New Zealand waters for 9 days, the ship departed the country’s port on March 5 heading to Suva, Fiji where it was scheduled to undergo cleaning.

“MPI won’t hesitate to take a hard line on vessels with severe biofouling in the lead-up to the introduction of new biosecurity rules in May 2018,” Tohovaka said.

The new rules will require all international vessels to arrive in New Zealand with a clean hull, MPI informed.

This news is a total 1007 time has been read
Tags: Bulker Allowed to Enter New Zealand Waters after Cleaning