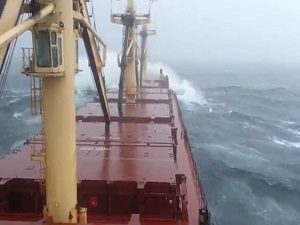 On Thursday, the 180,000 dwt bulker Centennial Harmony ran into trouble in an extreme storm off the coast of St. John's, Newfoundland, but her crew managed to bring the emergency under control.

At about 1400 hours, the Harmony called for the assistance of the Canadian Coast Guard and reported that she was taking on water and experiencing "intermittent power issues." The CCG dispatched the cutter Sir Wilfred Grenfell and a CC-130 Hercules aircraft to respond to the scene, and the agency requested assistance from nearby vessels.

Conditions on scene were severe at the time of the initial report. “The sea state was originally reported as being between [60 to 65 feet] and have since abated to about [32-40 feet],” said Major Amber Bineau, a spokesperson for Joint Task Force Atlantic, speaking to The Telegram. The initially-reported wind speed was 85 knots, equivalent to the threshold for a Category Two hurricane, declining to a Category One equivalent of 65 knots later in the day.

By Thursday evening, the crew of the Harmony brought the flooding under control, and the CCG stood down the rescue operation. "The situation has stabilized, power has been restored and vessel and crew are safe," CCG said in a statement.

The weather system that the Harmony encountered began as a storm over the U.S. Eastern seaboard, which "explosively deepened/bombed" by more than 50 hPa overnight on November 13-14, according to NOAA. It moved its way up the coast from the Carolinas, then headed out over Newfoundland and strengthened to hurricane force as it approached Greenland. Satellite AIS tracking data showed that many merchant vessels routed around the storm system in the busy North Atlantic sea lanes.

In Newfoundland, high winds toppled trees and left 12,000 customers without electricity, and several flights were canceled due to wind conditions. In addition, the Hebron oil production platform off Newfoundland was forced to shut-in its operations temporarily. 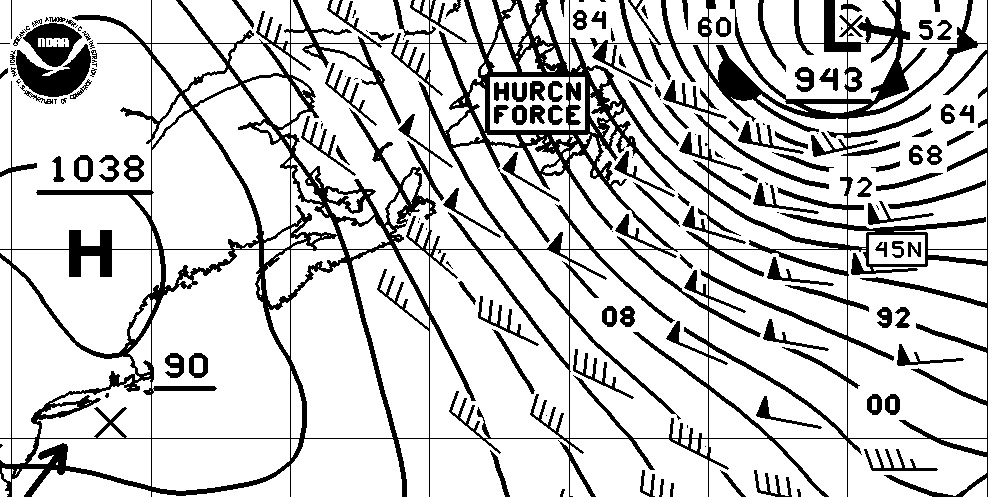