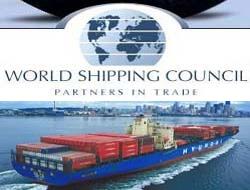 The World Shipping Council (WSC) has warned that surging bunker costs could hurt global box traffic as carriers attempt to recover the loss in profits.

The World Shipping Council (WSC) has warned that surging bunker costs could hurt global box traffic as carriers attempt to recover the loss in profits.

"How carriers seek to obtain recovery of these rapidly rising fuel costs in the current market is a matter for commercial negotiations, but the significance and the magnitude and the consequences of the challenge continue to grow," said the WSC in a statement.

There would be upward pressure on shipping costs in and out of US ports if the industry was to maintain the 125 different container services it currently provides, according to the WSC.

Rapidly rising oil prices have seen bunker fuel costs as a share of a ship's total operational costs increase from 20% to 50% in the last few years.

Washington DC-based WSC, whose members account for 90% of the world's total box traffic, also warned that new emissions control measures at US and global ports will add on more costs to shipping.

The WSC has expressed support for the latest environmental measures by the International Maritime Organization (IMO) to establish new air emission standards. But it warned that the low sulphur fuel standard called for in emission control areas around US ports will almost double fuel costs compared to bunker grades currently being used.

"While the liner shipping industry fully understands its responsibility to implement and adhere to these new environmental standards, it is essential that the environmental community and regulators also understand that fuel prices are already causing ships to minimize fuel consumption and minimize emissions." it said.

?Ships cannot afford to waste fuel and do not emit more CO2 than is necessary for the conduct of commerce," said the WSC.

"Further taxes or charges on fuel consumption will not cause fewer green house gas emissions; it would only raise costs, and further add to inflation," the WSC concluded.

This news is a total 934 time has been read