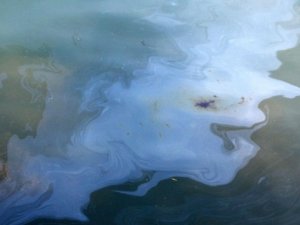 A vessel appears to be the source of an oil spill washing up on the shores of Venezuela's Moroccoy National Park, according to satellite imagery and AIS analysis conducted by TankerTrackers.com.

Video footage of a spill along the shores of the Golfo de Triste - about 60 miles west of Caracas - appeared on social media beginning August 2. A member of Venezuela's political opposition, the National Assembly, confirmed to Reuters that the spill occurred and expressed concern that it would cause harm to the park's sensitive marine environment. A PDVSA source also confirmed the spill.

l environmental group Fundación Azul Ambientalistas, warned that the oil pollution would damage the park's reefs and hurt the region's economy. "It will affect the tourism and fishing sector, which are the main sources of economic income for the inhabitants of the coastal axis of the Morrocoy National Park," Gonzalez told Infobae.

Using satellite imaging and AIS, TankerTrackers.com identified the source vessel as the freighter Nauma. As of Tuesday morning, the Nauma was under way off Curacao, bound northwest and broadcasting her destination as Georgetown, Guyana - a port located several hundred miles to the east.

The 2006-built Nauma is a 7,800-dwt tweendecker managed by a well-known German company. She is flagged in Portugal.