Bunker Volumes up at Rotterdam Port 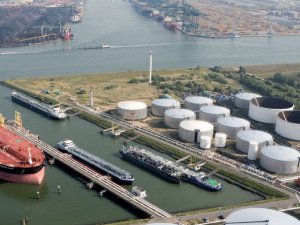 The whole of the increase is marked in the sales of marine gas oil and diesel; the sales rose from 500,000 to almost 700,000 tonnes. The sales of fuel oil stabilised – after falling for years – at 9.8 million tonnes. In addition, 100,000 tonnes of lubricant were sold.

The port’s authorities attribute the rise in the sales of marine gas oil and diesel to the more stringent sulphur requirements in the Emission Control Areas (ECAs): North Sea, Baltic Sea and the United States coasts.