Business of Shipping: The LNG Bunkering Era is Here 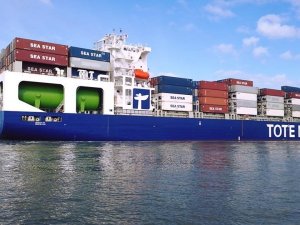 The data are clear. While the size of the current and soon-to-be sailing LNG-powered fleet is modest, the growth rate (from a small base) is extraordinary, said Gianpaolo Benedetti, senior technical advisor for the seven-year-old Society for Gas as Marine Fuel.

Bolstering LNG bunker fuel demand is its low emissions when burned, and it being price competitive with low-sulfur diesel fuel.

Now, about 177 deep draft commercial vessels use LNG as a fuel, with more than 200 on order, Benedetti, said.  That compares with a 60,000 big commercial ship fleet worldwide, he added.

And increasingly, the fuel is being delivered by bunker vessels, with 10 now in operation, Benedetti said.

Finally, speakers noted that operators of newly christened LNG-powered vessel can tap the needed operating and crew training expertise from officers sailing on the large fleet of LNG cargo carriers.  The LNG carrier fleet now exceeds 400, with some having been operating for decades.

This news is a total 1086 time has been read
Tags: business of shipping, lng bunkering, lng fuel, Ira Breskin