Bust shipowners do a runner with auctioned off bulker 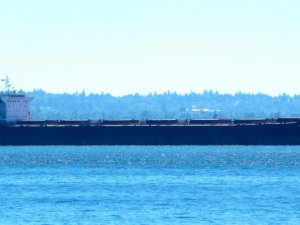 A bulker owner in China did a runner on Friday - with his ship - in a ove that saw 400 law enforcement officers drafted in to chase the errant vessel.

After Ningbo Maritime Court had auctioned the 8,731 dwt Qin Feng 208 from financially troubled Zhejiang Qinfeng Shipping with Zhejiang Xiehai Shipping stumping up RMB20.88m ($3.21m) for the 2009 built ship, its delivery was dramatically obstructed.

The joint former owners of the vessel boarded the ship in Wenzhou where it had been detained and proceeded to violently kick out the new crew onboard before making north towards Taizhou.

Ningbo Maritime Court deployed hundreds of law enforcement officers, and managed to eventually regain control of the ship and deliver it to the new owner.

The police have also detained the persons involved in the case for further investigation.

Defunct Qinfeng Shipping used to operate a fleet of more than 30 bulkers, most of which have been sold by courts to repay debts in the past few years.

This news is a total 847 time has been read
Tags: Bust shipowners do a runner with auctioned off bulker