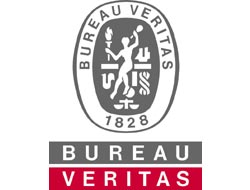 Fuel cells convert the chemical energy of a fuel, for example hydrogen-rich gases, into D.C power. Thus far, their application in shipping has been limited to a few pilot projects.

BV product manager Gijsbert de Jong says one hurdle to be overcome is the lack of a comprehensive framework covering the technology. He says the new BV guidelines break a vicious circle in which lack of a regulatory framework limits the possibilities for building and testing the prototype applications needed to determine the safety and performance criteria involved.

"BV's guidelines for the safe application of fuel cells on ships take into account all relevant existing IMO conventions and guidelines, together with a wide range of international non-marine standards," he says. "They reflect BV's extensive in-house knowledge and expertise, and could have important commercial --as well as environmental - implications for shipowners and operators."

BV has found that the use of hydrogen offers a number of advantages, not least the fact that there is an unlimited resource in atomic form and that it delivers a higher chemical energy per unit mass than does natural gas, and is non-toxic, non-polluting and non-poisonous.

BV is currently participating in the Green Tug project, an initiative led by the Offshore Ship Designers Group in the Netherlands to produce a new design for a near-zero-emission hydrogen-powered tug. As well as achieving a significant reduction in exhaust emissions, the fuel cell technology used in the new tug design also helps to increase propulsion efficiency by roughly seventy per cent compared to a conventional diesel-direct drive installation.

Gijsbert de Jong says, "The object of the BV guidelines is to provide criteria for the arrangement and installation of machinery for propulsion and auxiliary purposes, using fuel cell installations, which have an equivalent level of integrity in terms of safety, reliability and dependability as that which can be achieved with new and comparable conventional oil-fueled main and auxiliary machinery."

The guidelines are primarily intended for application to new ships but can also be used for retrofitting fuel cell systems on existing ships, on a case-by-case basis. They are to be used in addition to all relevant SOLAS provisions. There is no limit on the type or power of the applied fuel cell system, and no limitation on the type of gas used, although the guidelines may focus on natural gas and hydrogen as fuels.

The guidelines currently have preliminary status and are subject to internal and external review. After taking into account all relevant feedback, they will be published as a Bureau Veritas Guidance Note entitled "Guidelines for fuel cell systems on board commercial ships."

This news is a total 745 time has been read