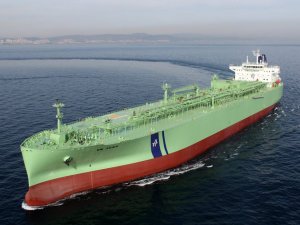 Singapore’s gas carrier owner BW LPG has received acceptances for up to 2,98 million of shares in Oslo-listed Aurora LPG, a week after it decided to launch a voluntary offer for all the remaining shares in the company.

The additional shares acquired correspond to 10.07% of the share capital and voting rights in Aurora LPG.

Following this, BW LPG has received acceptances for a total of over 3 million shares and votes in the company.

Together with the 9,73 million of shares already owned by BW LPG Holding Limited, BW LPG now owns and holds rights to over 12,7 million shares, representing about 42.96% of the issued shares and voting rights in Aurora LPG.

The company said that it “does not own any other rights to acquire shares in Aurora LPG.”

In connection with the offer, BW LPG has also received additional irrevocable pre-acceptances from other shareholders representing in aggregate 2,4 million of Aurora LPG shares, or 8.16% of the outstanding shares.

BW LPG and the shareholders which have undertaken to accept the offer together hold 15,17 million shares in Aurora LPG, representing 52.97%, excluding treasury shares held by Aurora LPG.

This news is a total 3294 time has been read
Tags: BW LPG Buys More Aurora Shares