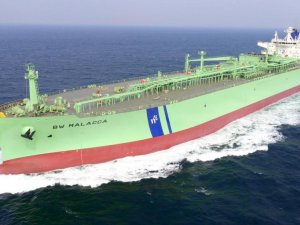 The company’s profit after tax fell from USD 59.9 million reported in the same period a year earlier, while its Time Charter Equivalent (TCE) earnings were at USD 94.7 million for the quarter, significantly lower than USD 136.8 million reached in the first three months of 2016.

These factors resulted in a decrease in TCE income of USD 32 million and USD 10.1 million respectively, in the VLGC and LGC segments. Operating revenue for the period was USD 137 million, down from USD 162.6 million seen a year earlier.

Additionally, BW LPG said that its EBITDA dropped to USD 41.9 million in the first quarter, from an EBITDA of USD 88.9 million reported in the corresponding period of the previous year, mainly due to the decline in LPG spot earnings.

“Our short-term outlook remains cautious as we enter the summer months, with continued cargo tightness in
the Middle East, high U.S. domestic LPG prices and significant newbuilding deliveries for rest of year 2017,” BW LPG said, adding that this “will maintain downward pressure on rates.”

The company also informed that it maintains its view that renewed U.S. LPG production is the key to reopening global price spreads and a more sustained rebound in freight.

BW LPG has a fleet of 53 vessels, comprising 49 VLGCs and four LGCs. In addition, the group has two time charter-in VLGC newbuilds that are under construction.

This news is a total 714 time has been read
Tags: BW LPG Hit by Depressed LPG Spot Rates