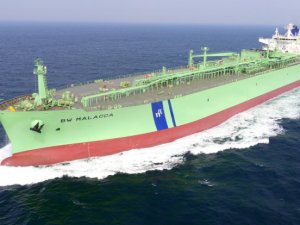 Due to the difficult situation in the liquefied petroleum gas (LPG) market, Singapore’s gas carrier owner BW LPG saw a drop in its full-year profit after tax (NPAT), which went down to USD 23.6 million in 2016 from NPAT of USD 326.138 million posted in 20

The decline in the firm’s net revenue was attributed to voyage expenses losses.

In addition, the gas carrier owner recorded a contract coverage of 50%.

In December 2016, the BW LPG completed the acquisition of Aurora LPG, adding nine VLGCs with an average age of three years to its fleet.

In its outlook for 2017, BW LPG expects VLGC contract coverage to be 24%-31%, depending on contracts of affreightment (CoA) uptake.

Furthermore, the firm has forecast that freight rates will remain at low levels. However, BW LPG said that freight rates are still responsive to improvements in geographic LPG price spreads and will be supported by minimal fleet growth and recovering US LPG production post-2017.

As of February 2017, the company’s fleet is comprised of 40 owned and 9 chartered VLGCs as well as of 4 owned LGCs. In addition, BW LPG has 2 VLGC newbuildings on order.

This news is a total 988 time has been read
Tags: BW LPG Posts Major Drop in 2016 Profit