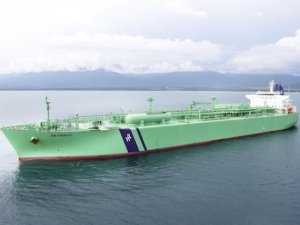 Natural gas shipper BW LPG expects a better freight market in 2018 than in 2017 and will not make any new long term contracts below $20,000 per day for its very large gas carriers (VLGC), CEO Martin Ackerman said.

Generally the sentiment for 2018 is more positive than 2017 but of course q3 has been a tough quarter which creates some short-term uncertainty, he said.
BW LPG, which owns and operates 52 very large gas carriers (VLGC), has a contract coverage of 32-39 pct for Q4 2017 and 12 pct for 2018.
CEO says it’s becoming interesting to fix vessels at a timecharter rate of about $20,000 per day for 1 year but not for a longer period due to expectations of an improved market.
CEO says we are speaking to a number of contract partners but so far the difference between bid and ask has been to wide.
VLGC freight market has been weak in 2017 due to numerous newbuildings entering the market after VLGC rates peaked above $100,000 per day in 2015 vs currently around $12-13,000 per day in the spot market.
BW LPG’s VLGCs earned on average $15,200 per day in Q3 while fleet utilisation was down to 82 pct, which gave a net loss of $26.7 mln.
Still, 29 VLGC vessels are under order out of a global fleet of 259 ships while 19 vessels have been delivered in 2017.
CEO says we should see a net fleet growth of 3 pct over the next two years.
At the time LPG production growth is expected to grow around 6 pct, driven by strong growth in U.S.