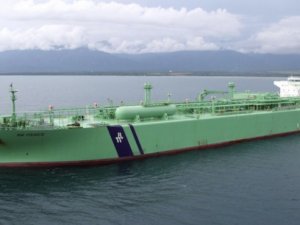 Eight months after it collided with a product tanker sparking an environmental catastrophe on beaches neat Chennai,

the VLGC BW Maple is finally gearing up to depart Indian waters according to local media, although local fisherman remain up in arms at lost revenues resulting from the accident.

The VLGC collided with the Dwan Kanchipuram on january 28 near Kamaraiar Port in Chennai with the fully loaded product tanker approaching the port and the gas carrier departing in ballast.

BW Maple's bow struck just in front of the superstructure on the port side hull of the Dawn Kanchipuram with tons of diesel spilling from the latter.

The BW Maple was impounded after spill at the port. However, its insurers have provided a bank guarantee to the Merchantile Marine Department to ensure it now sail away.

Local fishermen howver are incensed, claiming their takings are down by as much as 30% this year.

The date of the BW Maple's departure is still not clear however, with Martin Ackermann, CEO of owner BW LPG, telling today that no official leaving time has been given. Ackermann said the ship would head straight for repairs on leaving India.

This news is a total 704 time has been read
Tags: BW VLGC prepares to depart India eight months after costly collision