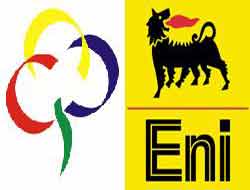 Çal?k, one of Turkey’s leading industry groups, along with its Italian partner ENI, are looking for additional partners from Russia and Kazakhstan for their company TAPCO, which is installing oil pipelines between Samsun and Ceyhan.

Çal?k, one of Turkey’s leading industry groups, along with its Italian partner ENI, are looking for additional partners from Russia and Kazakhstan for their company Trans-Anatolia Petroleum Company (TAPCO), which is installing oil pipelines between Samsun and Ceyhan.

The partnership will be open to any interested company that has or probably will have oil production facilities in and around the Black Sea. Any oil marketing company that makes oil purchases from the Black Sea region but is in need of a competitive and low-risk way to transport their products to the Mediterranean will also have an opportunity to take part in the company.

The Çal?k-ENI joint venture already has the Indian Oil Corporation as a partner, with a 12.5 percent share, and is engaged in talks with the British and Dutch-owned oil giant Shell. The company has devised a strategy for middle and long-term partnerships -- preferring those companies that are able to guarantee their own oil production for the pipeline. Meanwhile, the groundbreaking ceremony for the pipeline will be held in Ceyhan on April 24.

The partnership process for the Trans Anatolia Project has evolved in the following way: Çal?k and ENI started their journey with a 50-50 partnership. The two companies, which had conducted their own technical and commercial studies since 2003 along the Samsun-Ceyhan route, merged their attempts in 2005 by signing a memorandum of understanding that outlined the major points of their cooperation in the project.

Based their joint application in March 2004, Çal?k and ENI were awarded licenses for construction and operation of the pipeline in June 2006. This led to the establishment of TAPCO in November 2006. After accepting the Indian Oil Corporation Ltd. as a third partner in December 2006, the company is still considering whether to admit Shell as a fourth partner.

Çal?k and Indian Oil have another initiative in Ceyhan -- constructing an oil refinery, for which the two companies have applied to the Energy Market Regulatory Authority (EPDK). The group will also build a petrochemical factory there besides the refinery with a 15 million ton capacity. The total cost of these investments by Çal?k and Indian Oil is estimated to reach $5 billion.

ENI is renowned as an energy company targeting to expand in the exploration, drilling, production, transportation, refining and marketing of oil and gas across the world. ENI is among the biggest companies of Italy, with market capitalization of 93.8 billion euros. ENI has 73,000 employees operating in 73 countries. Çal?k, on the other hand, has risen as a construction and textile company but later expanded to include many fields, from energy to telecommunications and natural gas.

This news is a total 1926 time has been read