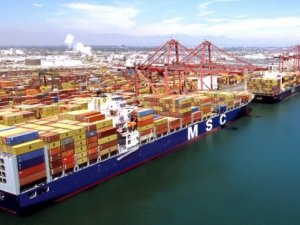 The COVID-19 pandemic continued to drive down demand for goods in the second quarter of 2020, according to a report from the Port of Long Beach.

Port officials cited the economic impacts, which they said had resulted in an increase in canceled sailings and a decline in cargo containers shipped through the port in June.

“Canceled sailings continued to rise at a rapid rate in the second quarter as ocean carriers adjusted their voyages to a decline in demand for imports during the national COVID-19 outbreak,” said Mario Cordero, Executive Director of the Port of Long Beach. “The economic challenges may persist for some time, but the Port of Long Beach continues to invest in infrastructure projects that will meet the needs of our customers.”

The Port of Long Beach reported that container traffic was down 11 percent in June with a total of 602,180 TEUs moving through the port. Exports lead the decline down over 12 percent in the month versus 2019, while imports shrank more than nine percent. Empty containers being shipped overseas to Asia were also down 13 percent in June.

The San Pedro Bay ports complex, a combination of Long Beach and Los Angeles, reported that a total of 104 sailings had been canceled in 2020, on which 37 were destined for the Port of Long Beach. By comparison, shipping liens canceled 41 sailings to the area in the first half of 2019.

Commenting on the outlook for the remainder of 2020, the port said that canceled sailings are projected to significantly recede as the traditional holiday peak shipping season ramps up during the third quarter. The San Pedro Bay ports anticipate five canceled voyages over the next three months, one of which was scheduled for the Port of Long Beach. No blank sailings were reported by both ports during the same period last year.

This news is a total 626 time has been read
Tags: Canceled Sailings Continue to Impact Volumes at Port of Long Beach