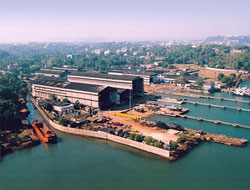 Credit problems and market-related problems contribute much more to cancellations and delays than construction problems at shipyards.

Credit problems and market-related problems contribute much more to cancellations and delays than construction problems at shipyards.

With the freight market plunging near record-lows in just a couple of months, shipbuilders around the world came across a not so unusual problem (freight rates have crushed in the past as well), but this time around the issue has more variables. First of all, the current absence of a functioning financial market, owners problems ? both credit problems (lack of financing) and market-related problems (wilful delay or unwillingness to take delivery) will contribute much more to cancellations and delays than construction problems at shipyards. Traditional ship owners, many of which are Hellas-based did the majority of their ordering quite some time ago, but quite a few owners ? especially newcomers ? place their orders near or at market highs. Also, this time around, many of the yards are also newcomers, i.e. greenfield yards.

According to a Worldyards report, this downturn shipping cycle is quite different that the ones in the past. ?In today"s inflationary world, there are substantial cost overrun so even strong established yards are not immune from financial problems. Established yards were also the first ones to take in orders (Japanese yards booked especially far forward and are holding a lot of low priced contracts) so they are also likely to be plagued by the very low prices prevailing at the early stage of the cycle)? said Worldyards. Furthermore, even owners that have secured their financing can"t take things for granted, in terms of funds available for drawdown. Some banks have failed and will fail outright; the surviving banks may not be able to perform what they are committed to - in terms of gearing ratio, length of financing and the margin.

So, what will the shipbuilding market face in 2009? According to Worldyards, of the 148 capsizes that will be delivered, there is a price range of $65 million to $98 million per vessel, with most of the orders coming in between 2006 and 2007. Of these ships, 122 will be delivered by established yards and 26 are scheduled to be delivered by greenfield yards. But the established yards have a fair share of low-cost units. ?Average prices for 2009 delivery capes are about $82 million, a level at which yards are not likely to lose money. This suggests that there is little hope for cancellations to help 2009. The question is really, even if we assume that all ships from Greenfield yards are delayed, can the market absorb this amount of tonnage??

The research company adds that ?the credit crisis has of course added a new dimension to a poor freight market and that is the pain of a difficult credit. It will continue to be a very fluid situation caused by complex forces. However, we have repeatedly said elsewhere, it is completely wishful thinking to expect that cancelled orders equal to cancelled capacity. Even if owners reject delivery, the ship will be resold and re-surface elsewhere. Likewise for shipyard capacity. You can kill contracts, but you just can"t kill shipyard capacity (the disappearance of European giants in the 1970s and 1980s was of course a more definite final solution)?.

This news is a total 674 time has been read