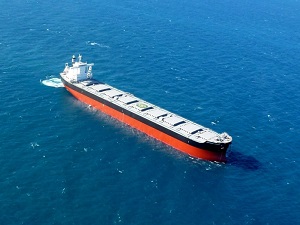 According to media, there was water ingress, too, but no details were given, so probably it’s a misunderstanding or exaggeration. Media also mentioned looming evacuation, saying that the “were heading to lifeboats after the ship took on water”, but Canadian Coast Guard denied evacuation and said situation was under control.CENTENNIAL HARMONY was NUC for several hours, and according to AIS, resumed sailing at around 0100 UTC Nov 6, albeit at somewhat reduced speed. There are no CG or SAR or other ships near CENTENNIAL HARMONY, meaning there’s no need in assistance or standby. Horrific mortal accident – seaman’s hands were torn off by rope ladderA horrific accident occurred on Kaohsiung Anchorage on Feb 15. A crew of Myanmar nationality was leaving tanker HONG CHING, to return to Myanmar for a leave.