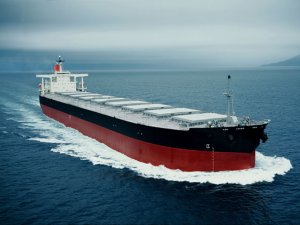 The capesize dry bulk market finally stopped falling on Friday, after rates have been more than halved in the space of a few weeks.

The small move upwards arrested a decline, which had seen rates fall from $11,109 at the start of the week.

Capesize rates have more than halved over the last weeks have hitting a year high peak of close to $20,000 per day with rates standing at $19,879 per day on 5 August.

The overall dry bulk market was still marginally down on Friday with the Baltic Dry Index dropping 2 points to 903 points, pulled down by weaker panamax and supramax rates.

Looking ahead there are reports of some more optimism in the capesize market. The Baltic Briefing weekly report on Friday commented: “As we approach a national holiday in London for Monday, owners are aiming for better levels in the Pacific and the Atlantic has shown a similar pattern but the activity has been considerably less.

“However, owners are still hopeful of better rates as there are still a number of mid/end September cargoes that need covering.”