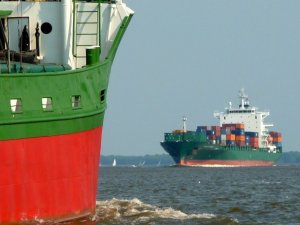 Greece-based Capital Product Partners L.P. (CPLP) is looking to equip at least six more vessels with exhaust gas cleaning systems in the coming period following the completion of the first scrubber retrofit, the shipping company revealed in its Q3 2019 fi

M/V Agamemnon, one of the CPLP’s containerships, recently completed the installation of a scrubber and ballast water treatment system, passing its special survey.

“The scrubber retrofit combined with passing of the special survey of the vessel and the associated off hire, as well as certain additional one-off expenses incurred this quarter have negatively affected our common unit coverage,” Jerry Kalogiratos, Chief Executive Officer of CPLP’s General Partner, explained.

“While we expect the scrubber retrofits on at least six additional vessels over the coming months to generate additional volatility in our operating income and common unit coverage, we believe that once the retrofits have been completed, the partnership will benefit in the long run from increased cash flow generation and visibility,” Kalogiratos added.

During the quarter ended September 30, 2019, CPLP generated a net income from continuing operations of USD 3.4 million, against a net loss of USD 21.7 million seen in the corresponding quarter of 2018.

Total revenue in Q3 2019 was USD 26.4 million, reflecting a decrease of 17% compared to USD 31.8 million posted in Q3 2018. The drop in revenue was mainly attributable to the decrease in the average number of vessels in the company’s fleet following the disposal of the M/T Amore Mio II in October 2018 and to the off-hire period incurred by Agamemnon for the installation of scrubber and ballast water treatment systems, as well as passing of its special survey, according to the company.

This news is a total 682 time has been read
Tags: Capital Product Partners, earnings, Scrubber