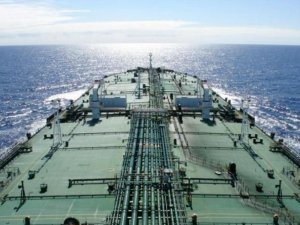 Capital Product Partners (CPP) has been granted the right of first refusal on a pair of MR product tanker newbuildings by its sponsor company, Capital Maritime & Trading Corp, and has fixed a suezmax tanker on timecharter.

The vessels are currently under construction at Samsung Heavy Industries (Ningbo), and are expected to be delivered to Capital Maritime in the first quarter of 2017.

The agreement means the NASDAQ-listed limited partnership now has a right of first refusal to buy a total of eight MR product tanker newbuildings, with deliveries expected from September this year to February 2017.

Separately, Capital Maritime has agreed to prematurely terminate its charter of CPP’s suezmax tanker Amore Mio II (159,982 dwt, built 2001), so that Shell International Trading & Shipping can charter the vessel at a higher rate.

The vessel was earning $27,000 per day during its employment with Capital Maritime, which took the vessel on a 12- to 14-month timecharter back in February.

This news is a total 3307 time has been read
Tags: capıtal pruduct partners, mr tanker, newbuildings