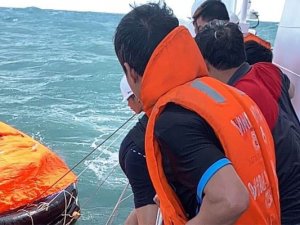 A Vietnam-flagged cargo ship sank in the South China Sea after being caught in stormy weather.

The captain sank with the ship and died. His body was reportedly found some two nautical miles from the sinking location.

The remaining ten crew members managed to get into life rafts. They were rescued by a Vietnamese SAR boat later that day.

Operated by Thien Tan Trading and Transport, the 3,200 dwt self-discharging singledecker was built in 2003.

In 2016, Toan Phat 68 was involved in another incident in the South China Sea when it collided with and sank a fishing vessel, according to data provided by VesselsValue.

UPDATE: The ship loaded with 2950 tons of clinker was en route from Hai Phong to Can Tho, was caught in stormy weather, probably capsized because of cargo shift. 11 crew including Captain went into life rafts, and rescued by SAR boat at around 1200 LT, but regretfully, Captain was beyond medical assistance, suffering cardiac attack.