Captain Murdered on Tanker Off Venezuela 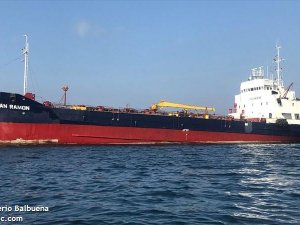 Armed assailants murdered the captain of an oil tanker after boarding his ship while it was anchored off the coast of eastern Venezuela, according to a local union leader and a report from a Venezuelan port authority.

A coast guard sergeant guarding the ship was also injured, the report added.

Jose Bodas, an oil workers union leader in Puerto La Cruz, said the tanker had been waiting to enter the Jose oil terminal to load with crude. He said it was the first time he could recall an attack of this type in eastern Venezuela, and it was the first death at the hands of “pirates” he knew of.

“This is a demonstration of the insecurity we face, which is also present in the oil fields and undoubtedly impacted production,” Bodas said in a telephone interview, adding that other members of the San Ramon’s crew were missing.

Authorities have not provided official information about the incident.

Neither Venezuela’s state oil company, PDVSA, nor the country’s oil or information ministries responded to requests for comment. Neither the Puerto La Cruz port authority nor Venezuela’s INEA maritime authority answered the phone on Tuesday, a national holiday.

The Mexican-flagged San Ramon has not transmitted its location since Dec. 10, when it was in the port of Manzanillo in Mexico, according to Refinitiv Eikon data. The owner of the tanker could not immediately be established.

This news is a total 9990 time has been read
Tags: maritime crime, venezuela