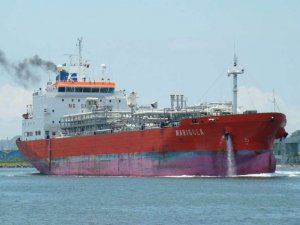 Carbofin S.PA., an Italian owner and operator of a fleet of commercial liquefied gas vessels, pleaded guilty to falsifying ships’ documents to hide multiple illegal discharges of oil contaminated waste into the ocean, announced the U.S. Department of Just

Carbofin S.PA. (Carbofin) agreed to plead guilty to three counts of violating the Act to Prevent Pollution from Ships related to the deliberate concealment of vessel pollution from its ship, the M/T Marigola, which called on Tampa, Florida,  on three occasions in 2013 and 2014 with a falsified oil record book.

Under the terms of its plea agreement, Carbofin agreed to pay a USD 2.75 million criminal penalty, USD 600,000 of which will be designated as community service and used to support the protection and preservation of natural resources located in and adjacent to the Florida National Keys Marine Sanctuary.

Alessandro Messore, who served as the second engineer aboard the M/T Marigola, pleaded guilty to one count of violating the Act to Prevent Pollution from Ships for his role in the offense.

A second officer, Carmelo Giano, who served as the ship’s chief engineer and was the person responsible for maintaining the ship’s oil record book, is expected to enter a plea to one count of violating the Act to Prevent Pollution from Ships on Friday.

The investigation began on April 16, 2014, when the vessel called on the Port of Tampa to unload its cargo.  U.S. Coast Guard inspectors boarded the ship to conduct a Port State Control examination.  During that examination, two crewmembers approached the inspectors and provided them with a cell phone video that showed a black hose connected between two points in the engine room.

After reviewing the video and speaking with the crewmembers, the inspectors were able to determine that the hose, known in the maritime industry as a “magic hose,” had been used on multiple occasions to discharge sludge, waste oil, and machinery space bilge water directly into the sea, bypassing the ship’s required pollution prevention equipment.

Crewmembers told the inspectors that Giano has directed them on at least two occasions to discharge sludge, waste oil, and bilge water directly into the sea, while in international waters.  Even though required to be, none of the magic hose discharges were recorded as required in the ship’s official oil record book maintained by Giano, thereby giving the false and misleading impression that all of the ship’s sludge, waste oil and machinery space bilge water were being properly treated and disposed of.

The investigation also revealed that Messore, at the direction of Giano, had on several occasions ordered the ship’s engineering cadet to hook up the magic hose and then personally discharged discharge sludge, waste oil, and machinery space bilge water directly into the sea, under the cover of darkness, while the vessel was in international waters.