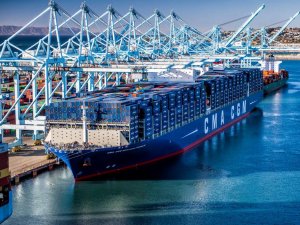 Californian Port of Los Angeles has seen its volumes increase by 10 percent in the first quarter of 2017 as it handled a total of 2.23 million TEUs in the three-month period, compared to 2 million TEU seen in the same quarter a year earlier.

While cargo volumes in January increased by 17 percent to 826,639 TEUs, the port saw its volumes drop in February to 625,381 TEU, representing a decrease of 12 percent.

However, Port of Los Angeles’ March cargo volumes saw a strong return as they jumped by 29 percent compared to the previous year, and stood at 788,523 TEU at the end of the month. The port said that the robust numbers came through a combination of strong export volumes, which were up by 20 percent, a post Lunar New Year surge of cargo from Asia, and US retailers shipping merchandise ahead of the new vessel alliance deployments that began this month.

“We continue to earn the confidence of shippers and are encouraged by the strength of our supply chain partners. In the coming months, we will remain laser focused on infrastructure improvements, technology solutions, and a strategic use of resources to ensure that we meet the needs of our marine terminal customers and the carriers they serve,” Seroka added.

This news is a total 676 time has been read
Tags: Cargo Volumes Rise at Port of Los Angeles