Carnival Cruise Line to Build Cruise Facility in The Bahamas 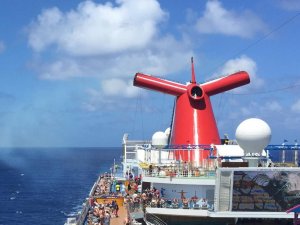 The as-yet-unnamed planned port will be the largest purpose-built cruise facility ever constructed in The Bahamas, according to the cruise line. The port will feature a pier capable of accommodating two of Carnival’s largest cruise ships simultaneously and is expected to eventually host up to 1 million guests annually.

Signed on May 2 in Freeport, Grand Bahama, the multi million-dollar project is subject to a detailed public discussion process, environmental studies and permitting.

“Carnival Cruise Line is the leader in year-round cruising to The Bahamas and this new development will not only provide a truly extraordinary and one-of-a-kind destination experience for our guests but it will further solidify our partnership with the people of The Bahamas,” Christine Duffy, president of Carnival Cruise Line, said.

This news is a total 748 time has been read
Tags: Carnival Cruise Line to Build Cruise Facility in The Bahamas Greek shipowner ‘tonne millionaires’ increase to 75A survey of Greece’s shipowners and operators by Naftiliaki Greek Shipping shows the number operating fleets of over 1m dwt has increased to 75 from 72 a year earlier.