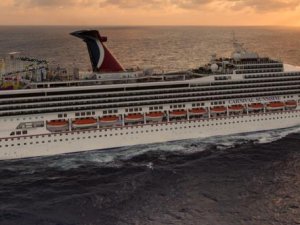 Strong operational execution delivered USD 0.25 per share higher earnings than the mid-point of the company’s full year 2015 December guidance, despite a USD 0.10 drag from the net impact of currency and fuel prices.

The cruise conglomerate achieved a 4.3 percent improvement in revenue yields compared to the prior year due to higher onboard revenues and increased ticket prices.

“ Our strong performance led to record operating cash flow of well over USD 4 billion versus USD 3.4 billion last year,” he went on to say.

“As we had anticipated, with less inventory remaining for sale, we have begun to sell at higher prices than the same time last year, particularly close to departure, affirming our expectation of continued yield improvement in 2016.”

In terms of the outlook, Carnival said that at this time, cumulative advance bookings for the first three quarters of 2016 are well ahead of the prior year at slightly higher constant currency prices.

The company expects the FY 2016 net revenue yields to be up approximately 3% in constant currency compared to the prior year, of which approximately 1% is due to an accounting reclassification.

“We have accelerated progress toward and remain well positioned to achieve our double digit return on invested capital threshold in the next two to three years. Over time, we expect to continue to return excess cash to shareholders as demonstrated by our recent 20 percent increase in quarterly dividends and more than $400 million in share repurchases,” Donald added.

This news is a total 3048 time has been read
Tags: Carnival Corporation, cruise, earnings.