Carnival: First US cruise ship to Cuba in 50 years 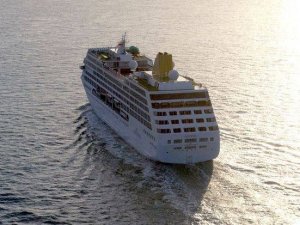 The world's largest cruise line Carnival Corp. will be the first cruise company in more than five decades to sail a U.S. cruise ship to Cuba.

Cuba has granted Carnival approval to travel there beginning May 1.

Carnival, which is led by St. Louisan Arnold Donald, is cleared to operate the 704-passenger MV Adonia through its newest brand, Fathom. It is the first time in more than 50 years that a cruise ship has been approved to sail from the U.S. to Cuba.

CEO Donald said, "Today, we made history. I want to thank the U.S. and the relevant Cuba personnel that we've been working with to have this historic opportunity." It stands to reason that both worlds are now interlinked. With the establishment of this historic agreement, Cuba and its connection with Carnival Cruises are forever bound.

"We believe there is no better way to experience so much of Cuba in seven days", Donald said.

"Our Carnival Corporation and Fathom brand teams have worked closely with Cuba throughout this process and we are thrilled to begin regular sailings to Cuba from Miami starting on May 1, 2016," said Tara Russell, president of Carnival Corporation's new Fathom brand. "We have been told that we will be the first cruise line to sail from the US to Cuba with our historic inaugural sailing."

Prices for the seven-day voyages start at $1,800 per person, considerably higher than Caribbean voyages of similar length, but less than the $2,990 Carnival originally sought when it received a license from the U.S. government in July.

The U.S. Department of Transportation is considering applications from United, American, Southwest, JetBlue and other carriers to launch 20 daily round-trip flights to Havana, and 10 flights to nine smaller airports across Cuba. The agency plans to award a share of the routes to the individual airlines this summer.

This news is a total 3837 time has been read
Tags: Carnival: First US cruise ship to Cuba in 50 years, Turkish, Maritime