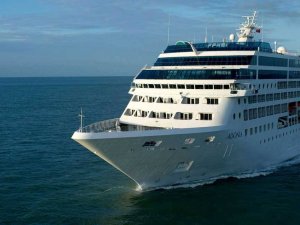 Carnival Corporation & plc has received Cuban approval to begin travel to Cuba starting on May 1, 2016. This, following U.S. authorization granted in July 2015, clears Carnival Corporation to operate the 704-passenger MV Adonia to Cuba through its newest

"Our Carnival Corporation and Fathom brand teams have worked closely with Cuba throughout this process and we are thrilled to begin regular sailings to Cuba from Miami starting on May 1, 2016," said Tara Russell, president of Carnival Corporation's new Fathom brand. “We have been told that we will be the first cruise line to sail from the U.S. to Cuba with our historic inaugural sailing.”

Prices for seven-day itineraries to Cuba start at $1,800 per person, excluding Cuban visas, taxes, fees and port expenses and including all meals on the ship, onboard experiences and several on-the ground activities. Prices vary by season.

This news is a total 2256 time has been read
Tags: Carnival’s fathom approved for US-Cuba sailings, Turkish, Maritime