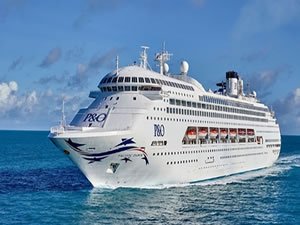 Carnival Corporation’s P&O Cruises Australia announced the accelerated retirement for one of its cruise ships as part of Carnival’s previously announced plan to remove older, less efficient cruise ships from its fleet.

The cruise ship, the Pacific Dawn, is rumored to have been sold for further service.

According to P&O Australia’s press release, “It had previously been announced the 1,546-guest Pacific Dawn was due to leave the P&O Cruises fleet in February next year as part of the transformation of the fleet over time. However, she will now leave in the coming weeks to facilitate her sale.”

Originally, the sale of the Pacific Dawn had been announced earlier in 2020 to become part of the UK-based cruise line Cruise and Maritime Voyages. She was part of a two-ship deal along with the Pacific Aria (built in 1994 as the Ryndam) with P&O scheduled to deliver both ships early in 2021. Carnival had included these ships in its earlier announcements about the number of ships it said would be departing the fleet, but CMV later went into administration in the UK. The cruise ships CMV marketed, although owned by a separate company, were recently scheduled for auction to pay outstanding debts.

The former chief executive of CMV has been working to re-establish the cruise company. He recently agreed to buy some of the assets of the travel agency business, including the database and reservation systems, from the administrator.

Built at Fincantieri and introduced in 1991, the 70,000 gross ton cruise ship had been among the largest cruise ships in the world. She operated for more than 15 years for Princess Cruises as the Regal Princess before being transferred to Australia in 2007. At the time, she was the first large, modern cruise ship to be operated in the Australian market.

Sture Myrmell, president of P&O Cruises Australia, apologized to passengers expecting to sail with the ship during its farewell season. Having been P&O’s head of hotel operations when Pacific Dawn first joined the fleet, he said that he was disappointed that they would not be able to have a farewell sailing for the ship. He, however, noted her significant role in the Australian cruise market.

Since sailing on her first cruise from Australia in November 2007, Myrmell said she had carried 1.2 million passengers on a total of 601 cruises and traveled a total of 1.2 million nautical miles. She was homeported in Sydney, Melbourne, Brisbane, and Auckland over the past 13 years. The Karnika, operated by Jalesh Cruises in India is a sister ship to the Pacific Dawn. The ships had operated together in Australia until the then Pacific Jewel was sold and delivered to her new owners in 2019.

The Pacific Dawn, along with the Pacific Aria, was repositioned from Australia to an initial lay up in Manila. In August, the two ships sailed across the Indian Ocean and through the Suez Canal repositioning to lay-up off Cyprus. That had led to speculation of an imminent sale or possibly the scrapping of the two ships.

P&O Australia currently has canceled all cruises to December 2020 and when it resumes service plans to add two larger cruise ships that were previously operated by Princess Cruises. There has been no announcement about the fate of the Pacific Aria.

This news is a total 2761 time has been read
Tags: Carnival's P&O Australia Confirms Sale of Cruise Ship