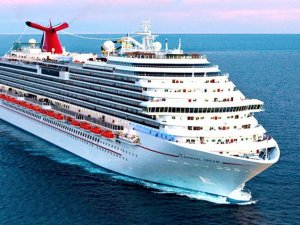 Shares of the company rose about 3 percent to $68.90 in early trading on Thursday.

Net revenue yields, a keenly watched metric that measures spending per available berth, climbed 3.9 percent on a constant currency basis, well above the company's estimate of 1.5 to 2.5 percent.

Carnival has benefited from a recent spurt in interest in cruising, as customers prefer to spend more on experiences such as travel, instead of buying clothes and accessories.

Net income attributable to Carnival shareholders rose to $391 million, or 54 per share, in the quarter ended Feb. 28 from $352 million, or 48 cents per share, a year earlier.

This news is a total 612 time has been read
Tags: Carnival's Profit Driven by Higher Ticket Prices, On-board Spending