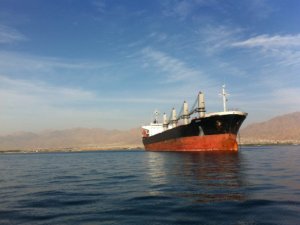 The transactions include a secured term loan financing agreement and a non-brokered private placement of unsecured convertible debentures.

“Castor intends to use the net proceeds from both financing transactions for working capital and other general corporate purposes, including growing the company’s fleet,” the company explained.

On January 23, 2020, the company entered into the USD 4.5 million secured term loan facility with a financial institution, through one of its ship-owning subsidiaries, the M/V Magic Sun Financing. The loan is expected to be drawn down on January 31, 2020, and will have a tenure of five years from the drawdown date, according to Castor Maritime.

Furthermore, on January 27, the company entered into the securities purchase agreement with an institutional investor, pursuant to which the company will sell and the investor will purchase up to three convertible debentures for a maximum aggregate price of USD 5 million. The debentures will mature twelve months from their issuance and are convertible into common shares of the company.

“We are pleased to have successfully completed these two financing agreements. We believe that the inflow of gross proceeds of USD 9.5 million to our working capital reserves, at this point in the dry bulk market cycle, will allow us to take advantage of attractive growth opportunities potentially presented to us in the near future,” Petros Panagiotidis, Chief Executive Officer and Chief Financial Officer of Castor, commented.

This news is a total 317 time has been read
Tags: Castor Maritime.