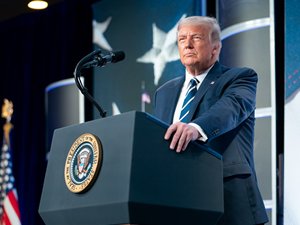 The U.S. Department of Commerce has blacklisted 24 Chinese companies for their role in supporting the Chinese military construct and militarize the disputed artificial islands in the South China Sea.

“The United States, China’s neighbors, and the international community have rebuked the CCP’s sovereignty claims to the South China Sea and have condemned the building of artificial islands for the Chinese military,” said Commerce Secretary Wilbur Ross.

It is estimated that since 2013, the CCP has dredged and constructed more than 3,000 acres across seven features in the South China Sea, which include air defense and anti-ship missile features.

Even though China has claimed rights to all energy-rich South China Sea, the Philippines, Brunei, Malaysia, Taiwan, and Vietnam have also laid claims to parts of the area.

In July 2016, the Hague tribunal ruled in favour of the Philippines saying that China had no legal basis to claim historic rights to resources within the sea areas falling within the ‘nine-dash line’.

The Chinese Government did not want to participate in the arbitral proceedings. In addition, the Department of State has started imposing visa restrictions on PRC individuals responsible for, or complicit in, either the large-scale reclamation, construction, or militarization of disputed outposts in the South China Sea, or the PRC’s use of coercion against Southeast Asian claimants to inhibit their access to offshore resources.

As disclosed, these individuals will now be inadmissible into the United States, and their immediate family members may be subject to these visa restrictions as well.

This news is a total 2624 time has been read
Tags: CCCC & China Shipbuilding Group