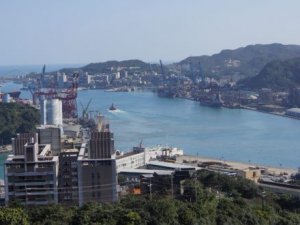 China Container Terminal Corporation (CCTC) will spend close to US$7 million to fix new cranes at its terminals in Keelung ports to cater to 10,000 TEU ships.

The current set of cranes can handle only ships of up to 8,000 TEU. CCTC’s deputy general manager Tsai Te-Hsin said that the move will make its three docks in Keelung more efficient.

CCTC’s three docks in Keelung have eight overhead single cranes and two of these will be replaced with double cranes, at a cost of US$6.66 million to accelerate the loading an unloading process. Liner operators using CCTC’s Keelung facility include compatriot Yang Ming, Hapag Lloyd and Maersk.

CCTC, which did not disclose the name of the crane supplier, said that it has options to purchase two additional overhead cranes. Based on volumes at its facility in Taichung port, CCTC said that it may replace two of the six overhead single cranes in this facility. Customers using this facility include COSCO unit OOCL and Taiwanese intra-Asia carrier TS Lines.