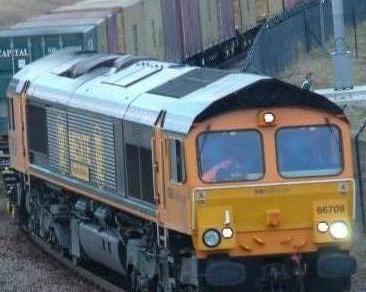 The Port of Felixstowe is celebrating yet another record for the number of containers handled by its two rail terminals. The record has been broken twice in the space of three months.

The Port of Felixstowe is celebrating yet another record for the number of containers handled by its two rail terminals. The record has been broken twice in the space of three months.

Volumes reached an all-time high in the week ending 14th September 2007, when a total of 8,796 containers were handled. The previous record of 8,754 units was achieved in June.

?We are dedicated to transporting as many containers as possible by rail, thus easing pressure on the country"s road network. These records have been achieved through better utilisation of trains, and the use of additional wagons on existing services.

?The current very high volumes of rail traffic highlight the need to improve freight capacity on the railway network to enable more traffic to be distributed by sustainable modes?.

Rail volumes are due to remain at high levels for the coming months, and further record-breaking volumes are possible in the busy period running up to Christmas.

There are a total of 50 arrivals or departures per day from the Port of Felixstowe"s North and South Rail terminals. These trains link the Port to Coatbridge (Glasgow), Trafford Park (Manchester), Liverpool, Leeds, Cleveland, Birmingham, Cardiff, Tilbury, Selby, Wakefield, Hams Hall, Ditton, Daventry and Doncaster.

This news is a total 1618 time has been read