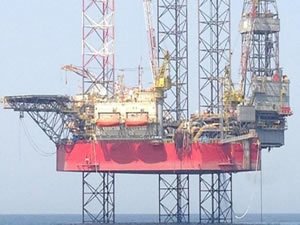 Chapter 11 cases have been filed in the Southern District of Texas for Seadrill’s wholly-owned subsidiaries under the Asia Offshore Drilling brand.

“The Chapter 11 cases were filed as a protective measure to support Seadrill’s broader comprehensive financial restructuring and will in no way affect the safe and efficient operation of the AOD offshore drilling units,” Seadrill stated in a release.

As a consequence of the Chapter 11 filings, the forbearance agreement announced by Seadrill last week in respect of nine out of the group’s 12 senior secured credit facility agreements has been terminated.

John Fredriksen’s Seadrill has been in serious financial trouble for the last four years.

In 2017, it filed for chapter 11 bankruptcy protection.

In June last year the company delisted from the New York Stock Exchange as well as making plans to axe 30% of its staff. Fredriksen, 75, has described Seadrill’s restructuring as the most complex he has seen is in his whole career.