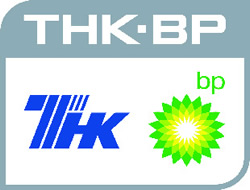 TNK-BP is charging more than 6 billion rubles from the Federal Customs Service of Russia.

TNK-BP is charging more than 6 billion rubles from the Federal Customs Service of Russia.

TNK-BP has filed a claim to the Federal Customs Service at the Arbitration Court of Moscow demanding 6.4 billion rubles to compensate for the losses and damages inflicted to the company. According to the company, the customs authorities incorrectly imposed taxes on export of oil and oil products in 2006?2007. Experts think that the company will most certainly win the case and other exporters inspired by this case will probably file similar claims to the court of law.

According to the Arbitration Court of Moscow, the claim of TNK-BP to the Federal Customs Service was registered on August 25, 2009, but the date for hearings on this case has not been assigned yet. Nikolai Gorelov, Press Secretary of TNK-BP, explained to PBK Daily that, in company"s opinion, the customs authorities used wrong tax rates for export of oil and oil products in 2006?2007. In this period, oil export tax rates were raised regularly, and oil companies tried to pay the taxes in advance at lower rates, which does not contradict the Customs Code of the Russian Federation. However, customs authorities required payment of taxes on the days when tax returns were submitted and tax rates were already raised.

TNK-BP appealed against the refusal of regional customs authorities to accept tax returns due to incomplete payment of taxes and won all the claims, so now the unduly paid taxes should be returned, Mr. Gorelov explained. ?The Presidium of the Supreme Arbitration Court of the Russian Federation resolved to return approximately 8 million rubles to the company in a similar case,? said he. Yet another case for about 4 billion rubles was considered at a court of appeal. The press service of the Federal Customs Service made no comments on any future cases.

In May 2009, the Presidium of the Supreme Arbitration Court compelled the Federal Customs Service to return to TNK-BP 8.7 million rubles of customs duties overpaid in 2005 and revoked the previous three lower court decisions that did not satisfy the company"s claims.

Currently, there is no practice of pecuniary levies from customs authorities, says Olga Lazarevas, Deputy Director of the law firm Yakovlev and Partners. If the customs authorities lose the case and TNK-BP wins, the state will have to pay 6.4 billion rubles from the budget to the company. To all appearance, the grounds and circumstances of this claim are similar to those of the case won by TNK-BP at the Supreme Arbitration Court of Russia earlier. For this reason, the company will most probably win this case at the court of arbitration and higher courts of law, says Vladimir Pestrikov, lawyer of the international law firm Magisters.

Other oil exporters may quite possibly raise similar claims. The Supreme Arbitration Court of Russia has already made a landmark decision, which will have an impact on similar cases in future. And this is good because, with no fear of prosecution, customs authorities are treating exporters quite freely and unrestrictedly and certain officers of customs services are plainly abusing their powers and authorities, says lawyer Pavel Lambrov.

This news is a total 1526 time has been read